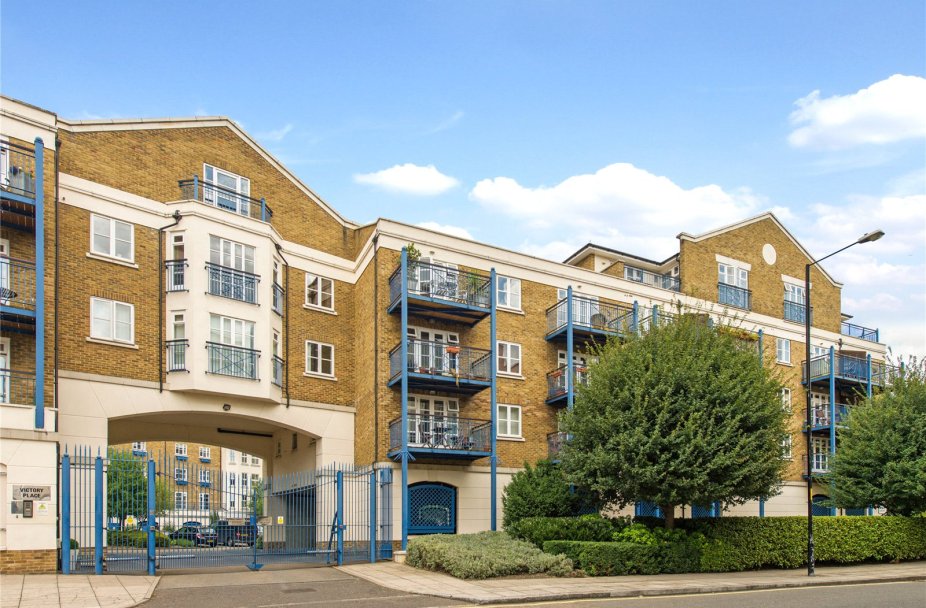 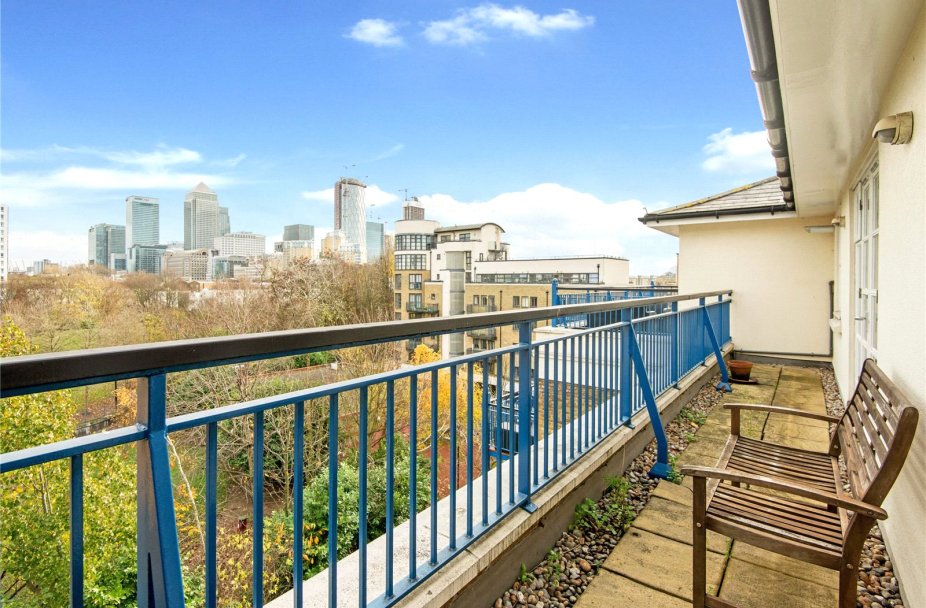 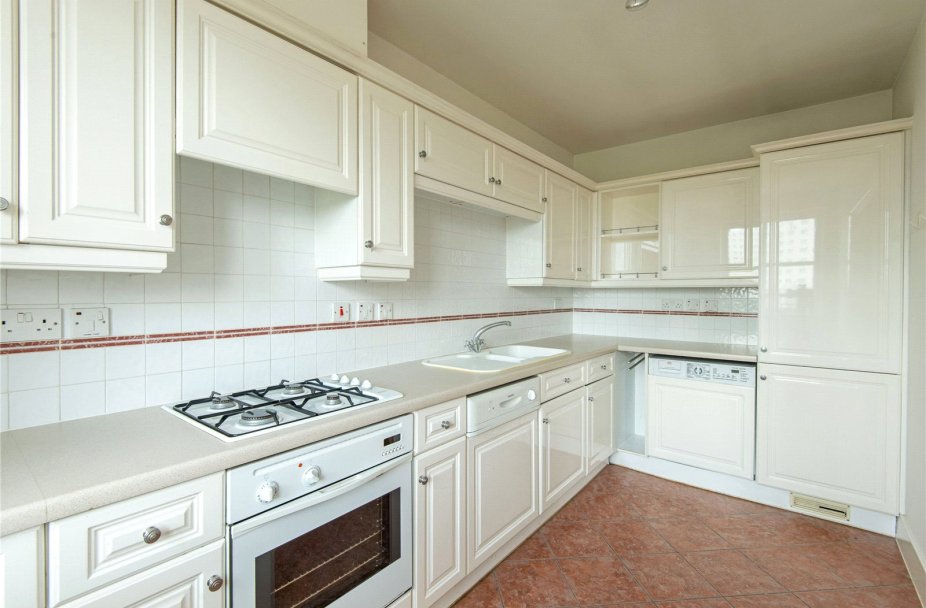 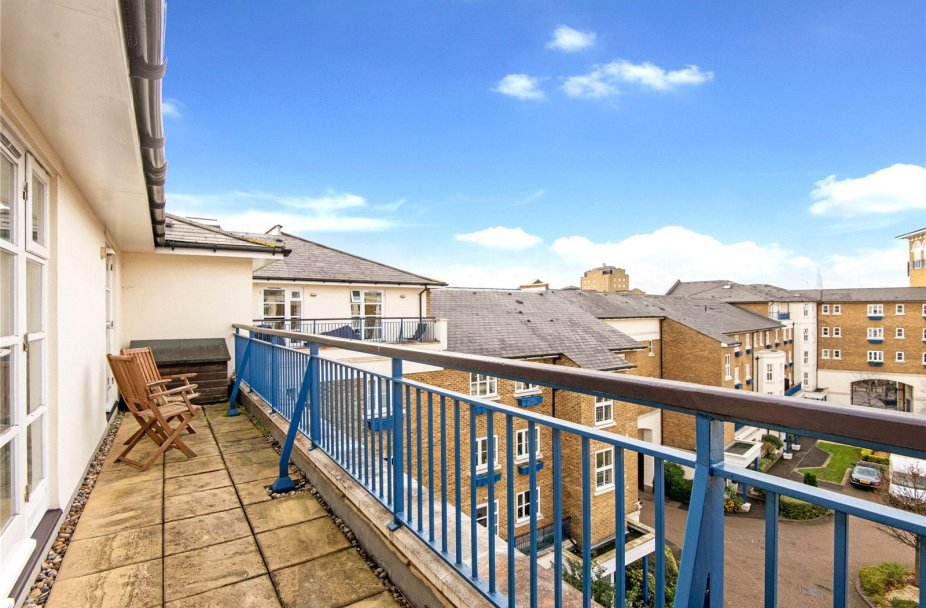 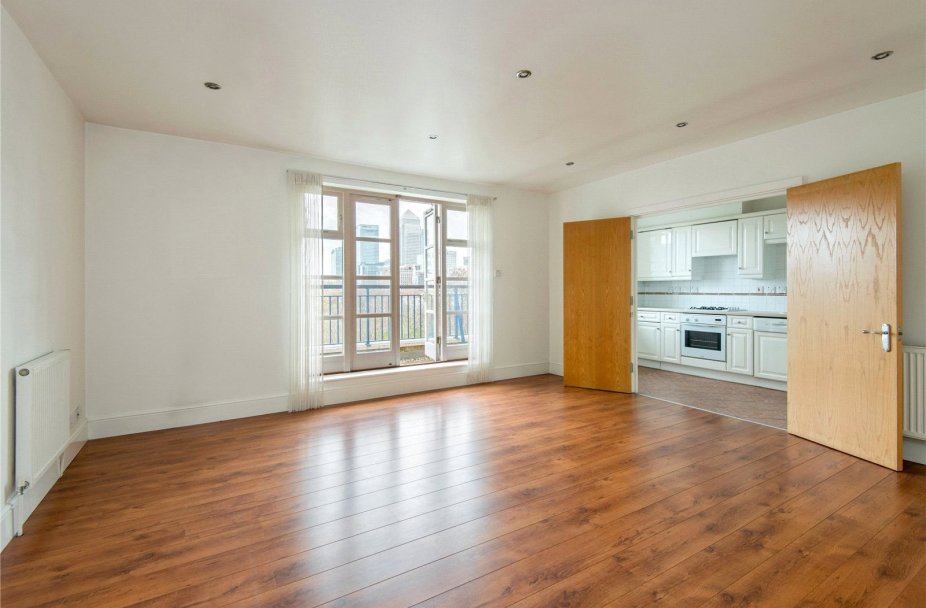 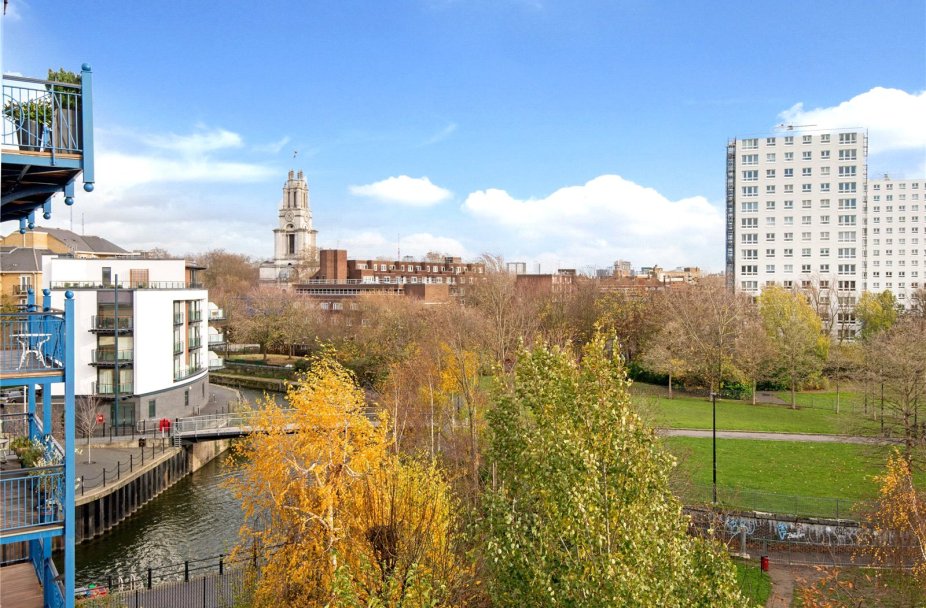 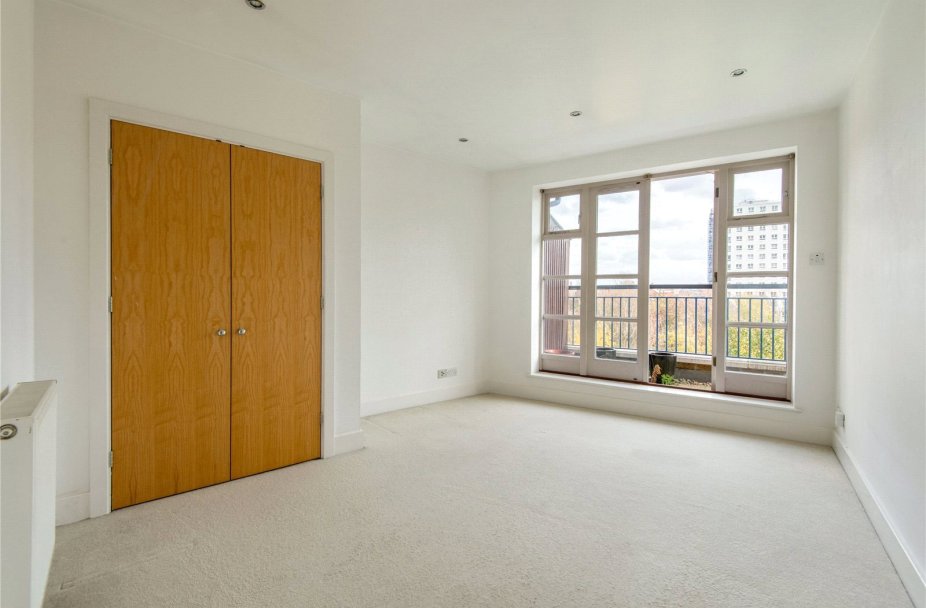 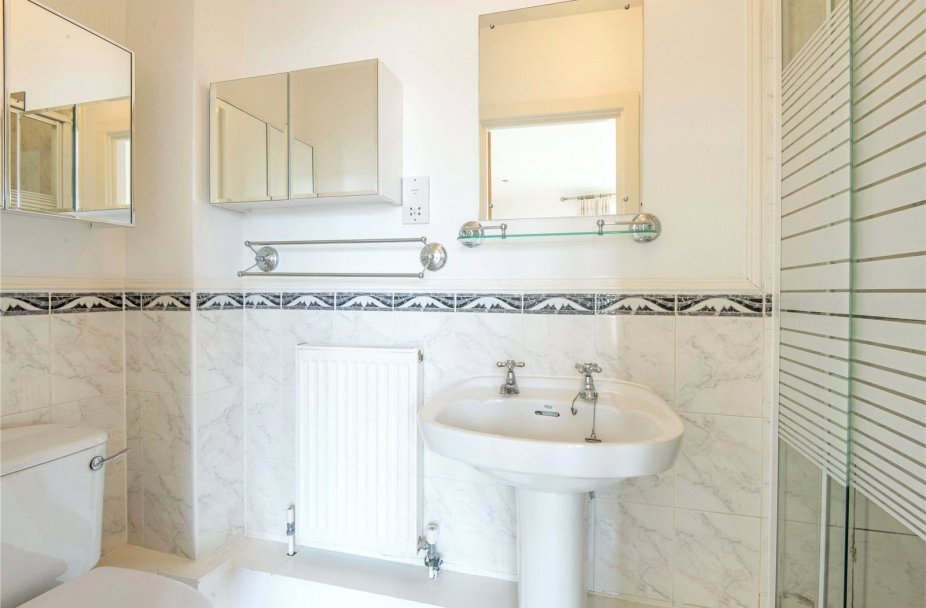 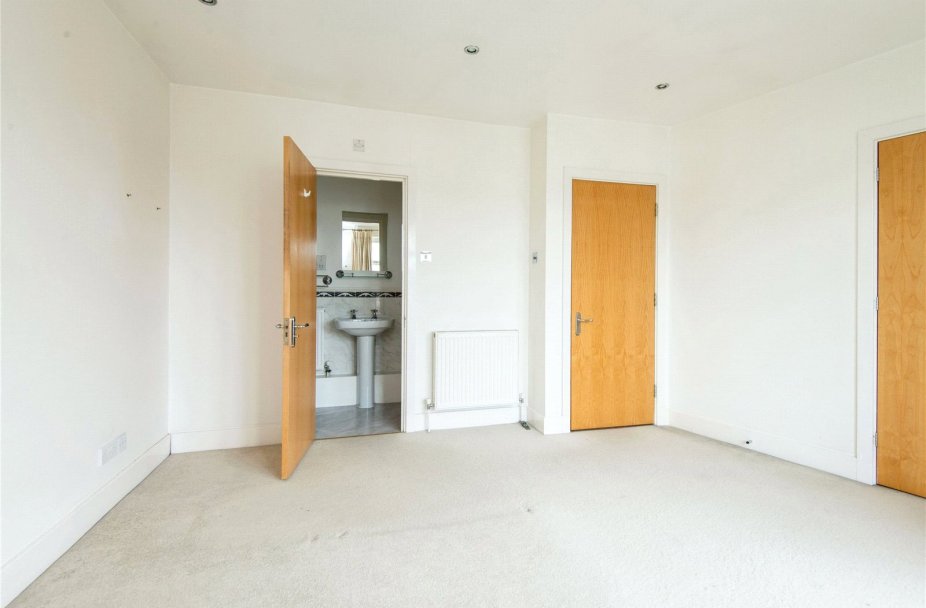 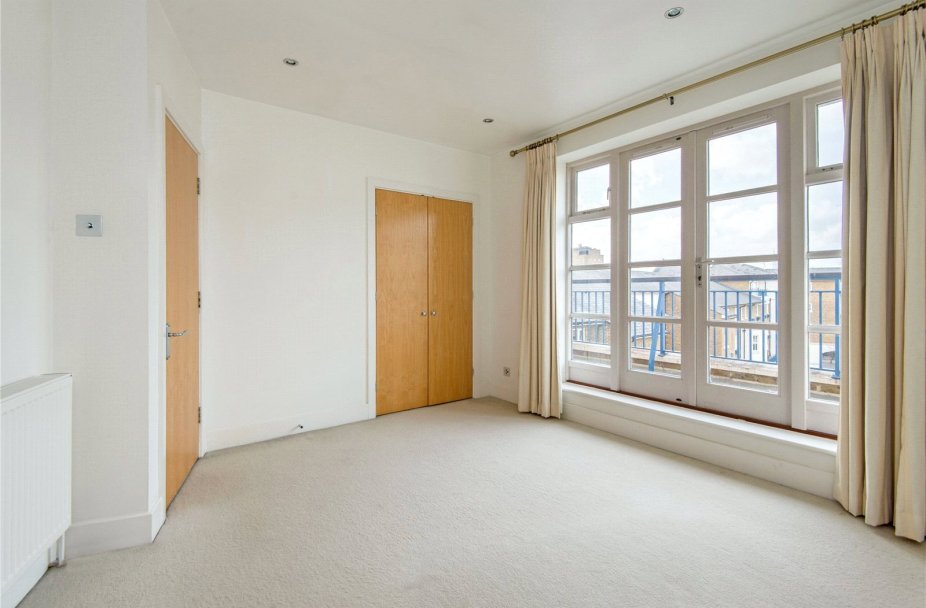 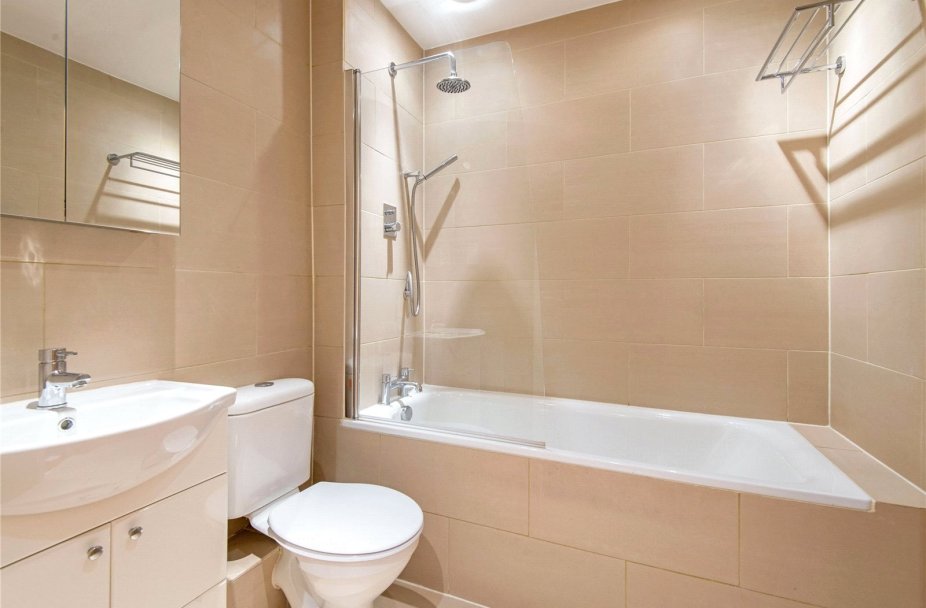 Hurford Salvi Carr are delighted to offer this spacious (999sqft / 93m2) three double bedroom flat on the top floor of Oriana House, which has great views across parkland (Ropemakers Fields) and towards Canary Wharf.

Along with three good sized bedrooms, two bathrooms (One being en-suite to the master bedroom), a separate fitted kitchen, and two terraces (East and West facing), the flat would make an excellent flat for those looking to make that next step up the ladder. The flat also comes with a secure parking space. Victory Place is positioned on the East side of the Limehouse Basin, and consists of ten different houses, which are made up of, Osprey House, Gainsborough House, Oriana House, Imperial House, Forrester House, Hamilton House, Drake House, Fleet House, Challenger House, and Conrad House. The development is gated, and the blocks are centred around a large courtyard and garden with water feature. There is an on-site porter/concierge, and also a small gym (The only development on the Basin to have one) for the sole use of the residents. The various blocks are made up of one, two and three bedroom flats, with around half enjoying a water view. The River Thames is also moments away, and runs parallel to Narrow Street which is the main artery in Limehouse. Weather permitting, you could quite easily walk down to Canary Wharf via Narrow Street, cutting through to Canary Riverside further down. Narrow Street itself offers a few well regarded bars/pubs/restaurants (Gordon Ramsey's, The Narrow & The historic Grapes pub which is part owned by Sir Ian McKellen), which usually come with great views across the River Thames. Limehouse DLR station is moments away, taking you into Canary Wharf, Stratford, Greenwich, or Bank. You can also pick up the C2C, which takes you into Fenchurch Street or the Essex Coast. 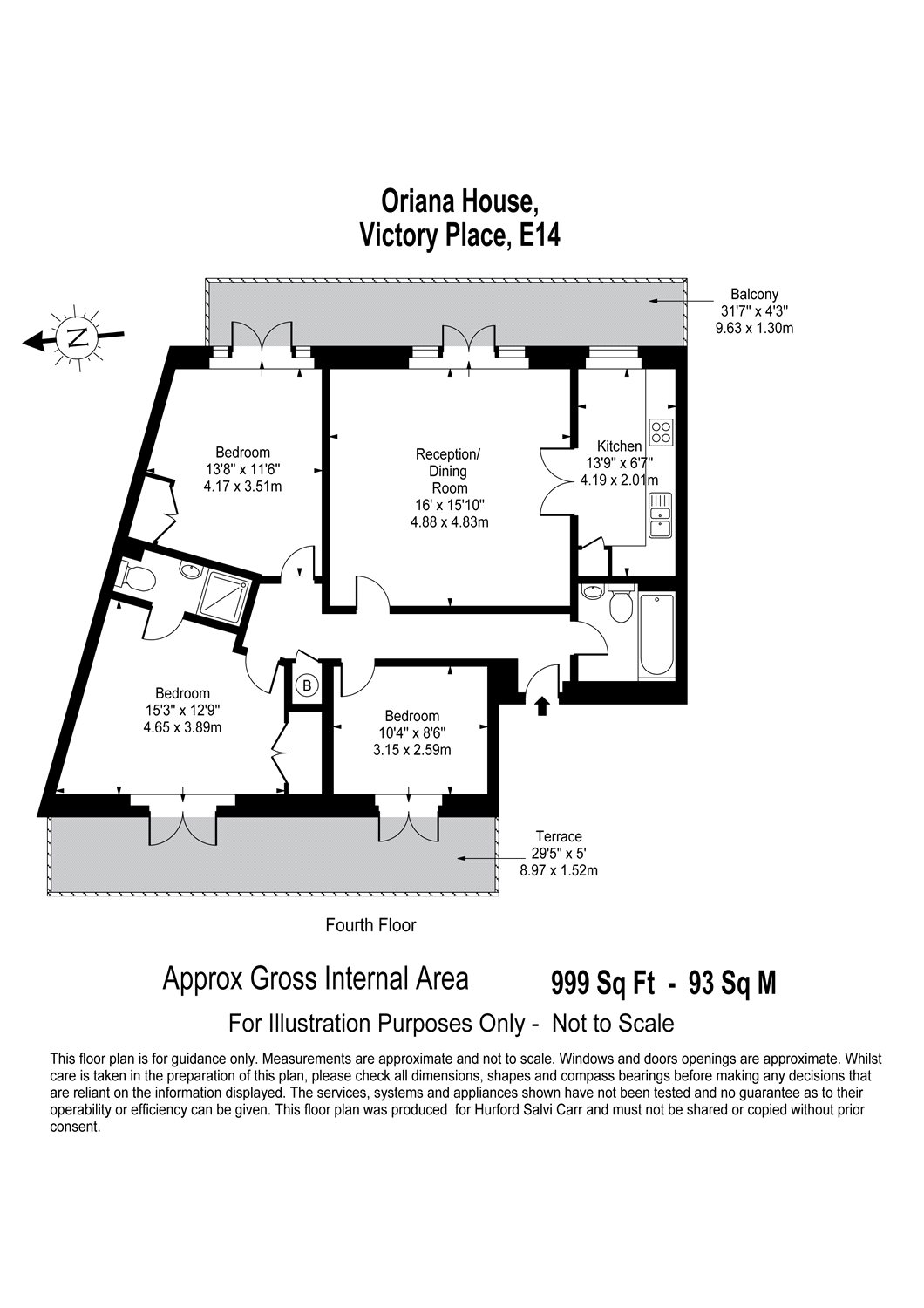 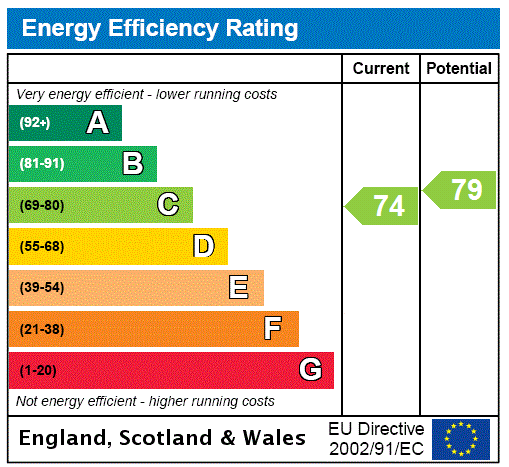