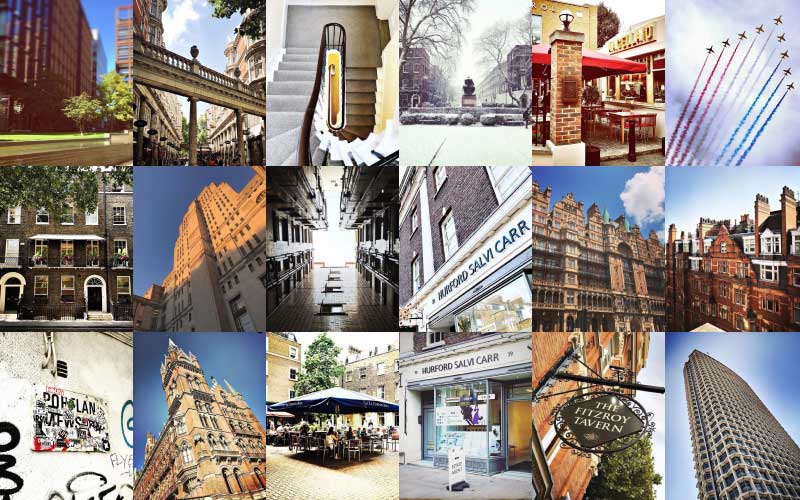 Living in Fitzrovia affords residents easy access to central London. Those seeking property in Fitzrovia will find that it lies partly in the City of Westminster and partly in the borough of Camden, between London's West End, Bloomsbury and Marylebone. Hurford Salvi Carr as a Fitzrovia estate agent offers a mix of properties for sale and to let, including converted apartments, new developments and even mews houses and cottages, with an emphasis on period as well as modern architecture. This is an area with a rich cultural legacy, with such figures as Virginia Woolf, Augustus John and George Bernard Shaw having been associated with it.

Fitzrovia's association with the arts and culture is reflected in its proximity to many of London's cultural sights, not least of which is the British Museum. The Charles Dickens Museum and the British Library are also to be found here. Local architectural highlights include St George's Church, designed and built by Nicholas Hawksmoor.

Fitzrovia is home to the only cartoon Museum in London holding over 5000 books and 4000 comics on animation and caricatures, preserving the very best of British cartoon history.

The Grant Museum, a natural history museum is located on university Street and is part of University College. Established in the 1820's by Robert Edmond Grant as a centre for the learning of zoological specimens, it houses the oldest natural history collection in the country and is now the only University of its type.

Fitzrovia's location places it next to the vibrant theatre scene of London's West End. Oxford Street, the heart of London's shopping scene, is within easy reach. 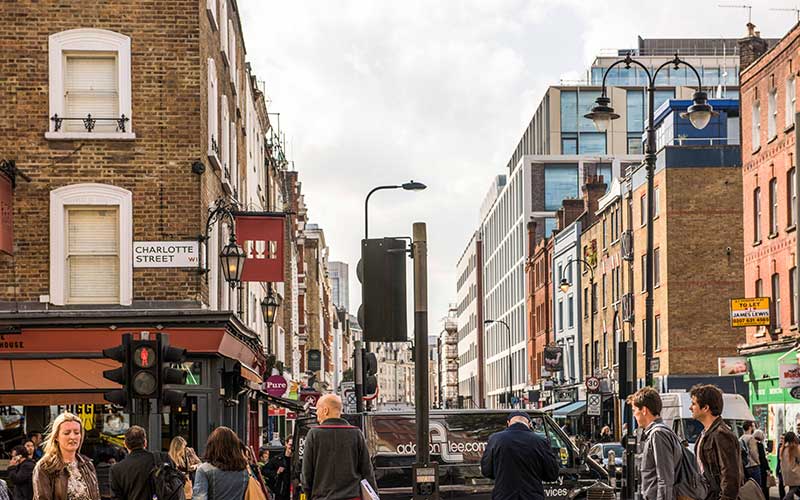 Fitzrovia's location places it next to the vibrant theatre scene of London's West End. Oxford Street, the heart of London's shopping scene, is within easy reach. Those looking at Fitzrovia apartments and houses will find that there is a variety of pubs, restaurants and cafes here, with a particular concentration of restaurants in the Charlotte Street area.

Regent's Park, home to London Zoo, is nearby. The gardens in Tavistock Square contain a statue of Ghandi. Nearby Bloomsbury Square is also open to members of the public. Coram's Fields is another open space and has a popular children’s playground.

Well-known streets in Fitzrovia include Tottenham Court Road, a marker road for the boundary between Fitzrovia and Bloomsbury; Great Portland Street, linking into the A501 London Inner Ring Road; Fitzroy Street and Warren Street

University College London campuses brings a vibrant mix of students into Fitzrovia. These campuses include the London School of Hygiene and Tropical Medicine. The famous Royal Academy of Dramatic Arts is also located nearby

Local hospitals include Great Ormond Street Hospital and the National Hospital for Neurology and Neurosurgery. The British Medical Association also has its headquarters here. 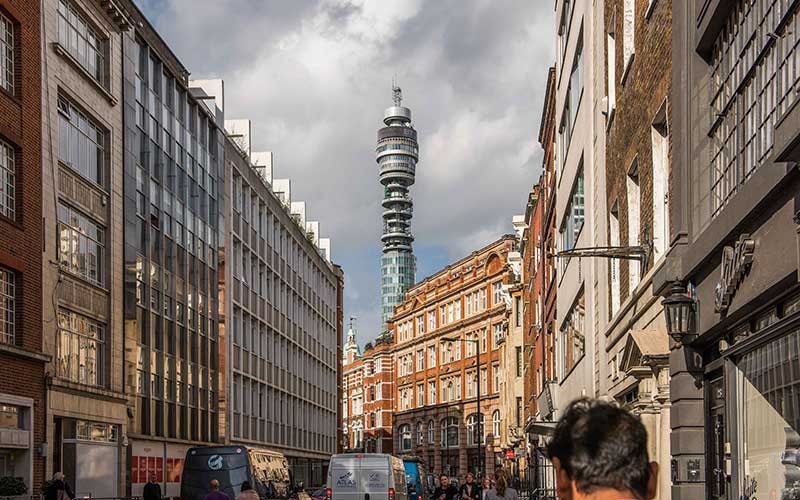 do you own property in Fitzrovia?
find out how much your property is worth