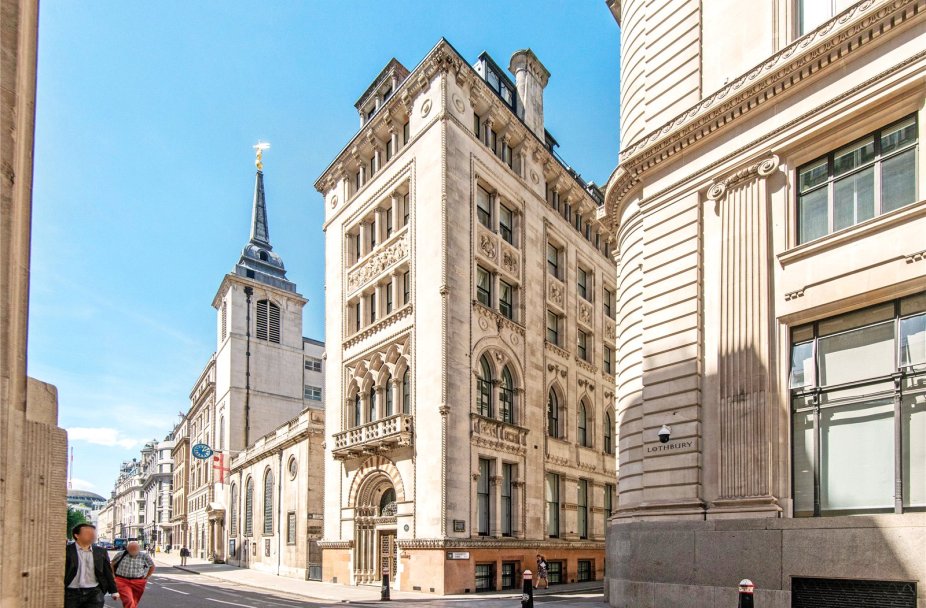 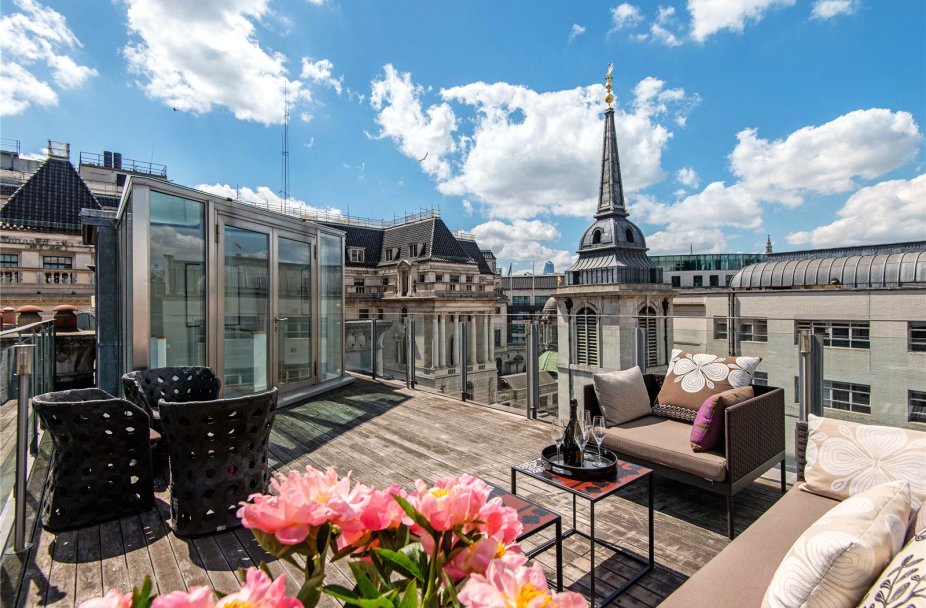 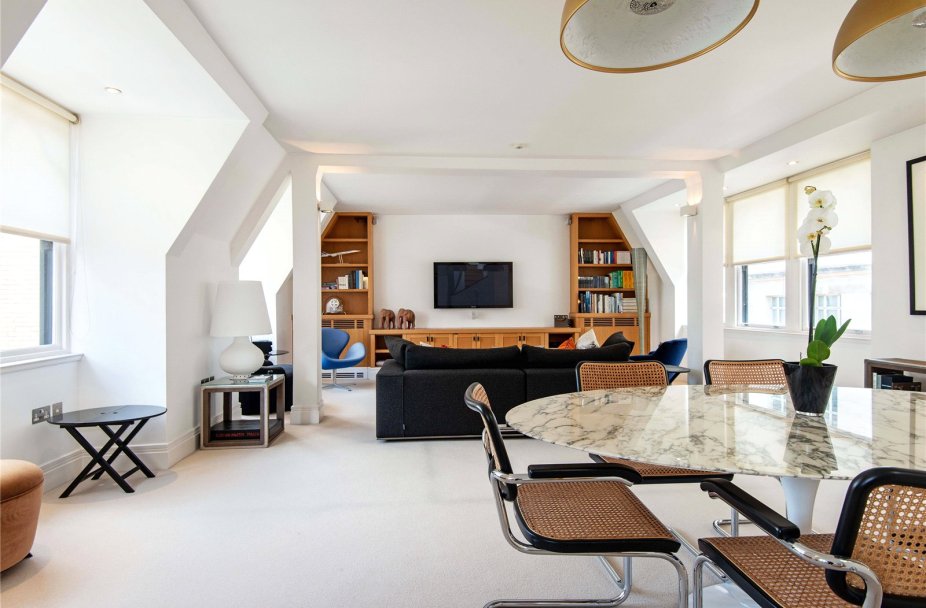 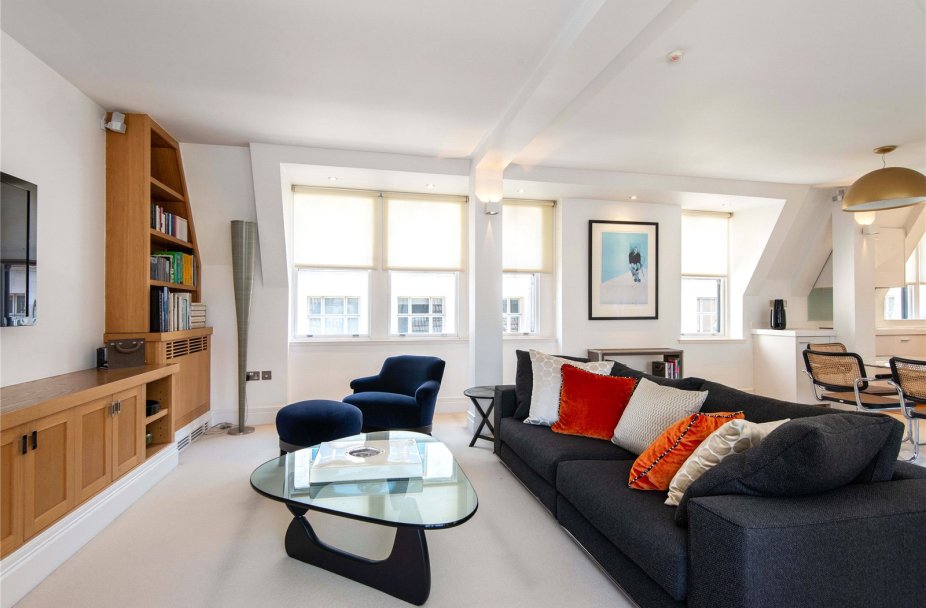 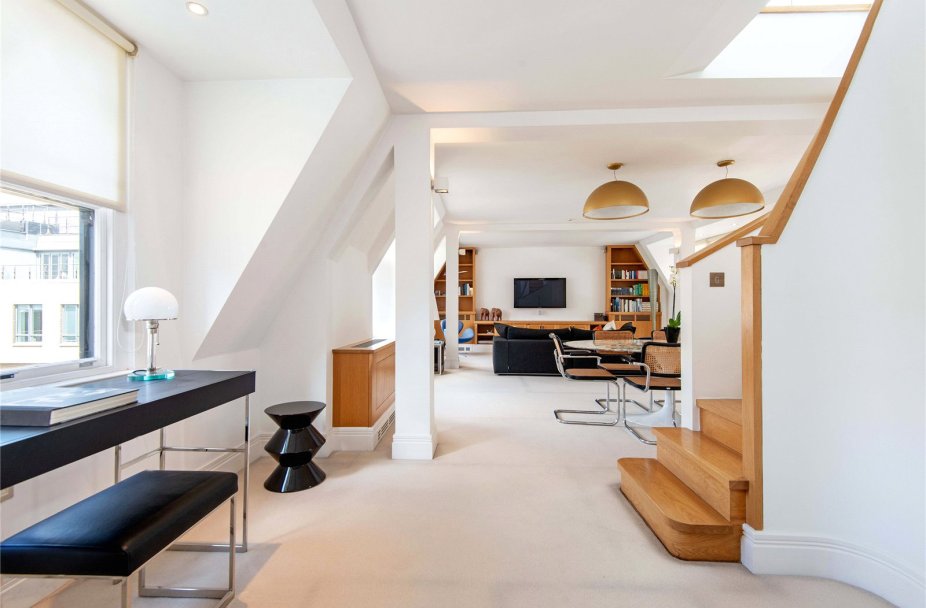 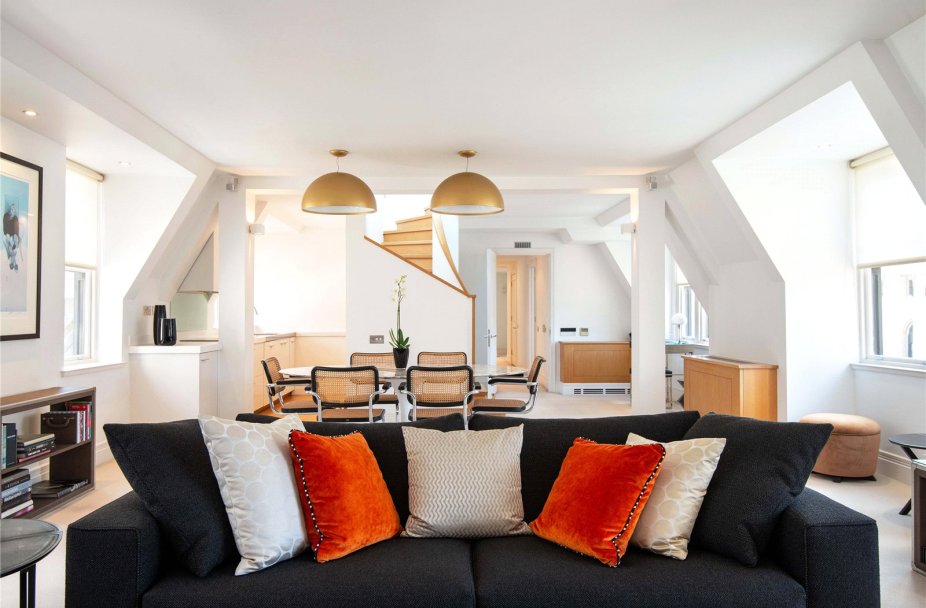 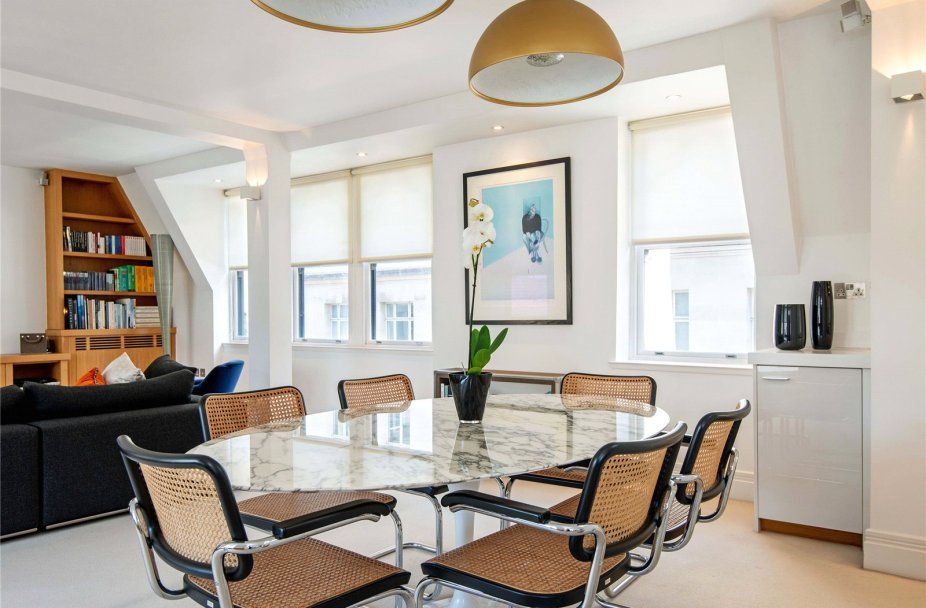 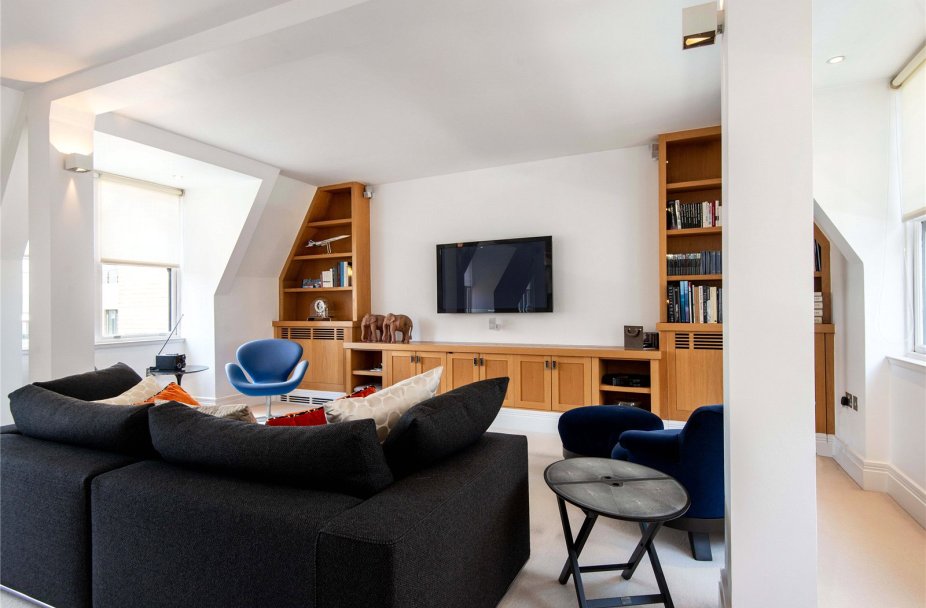 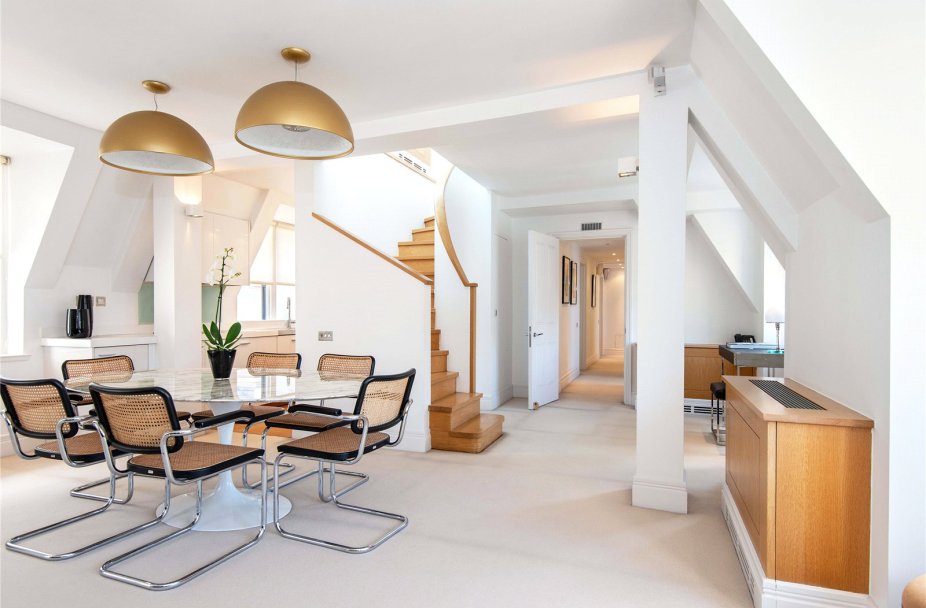 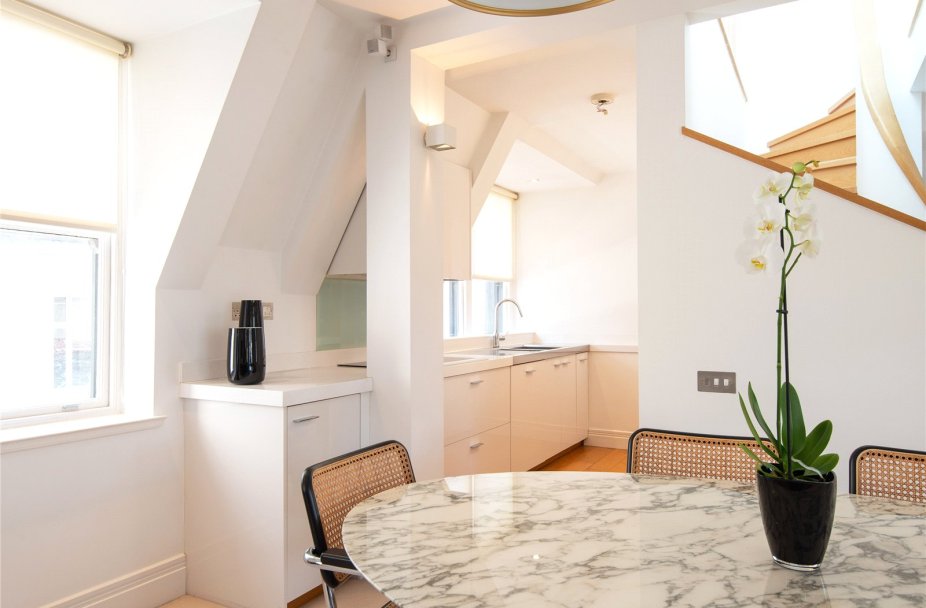 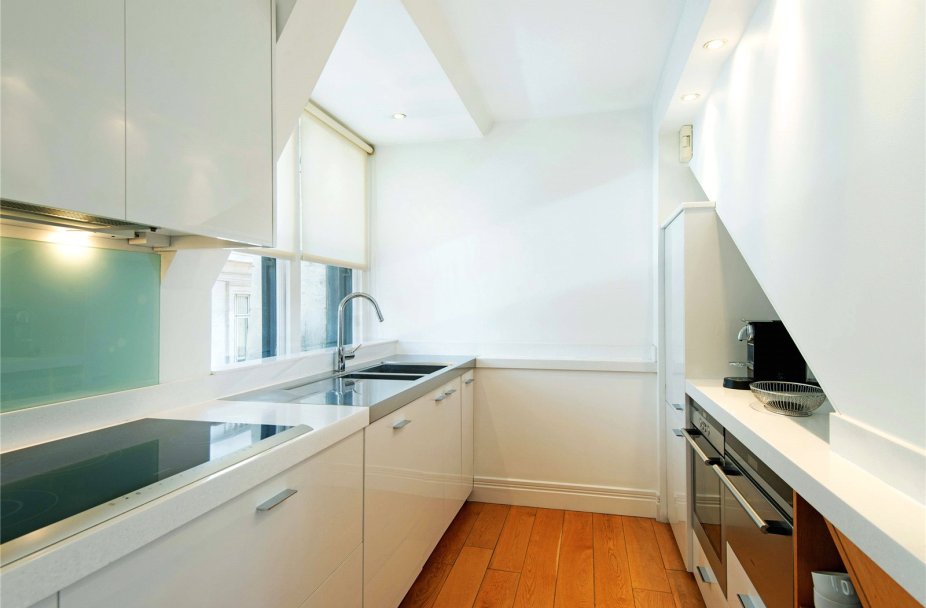 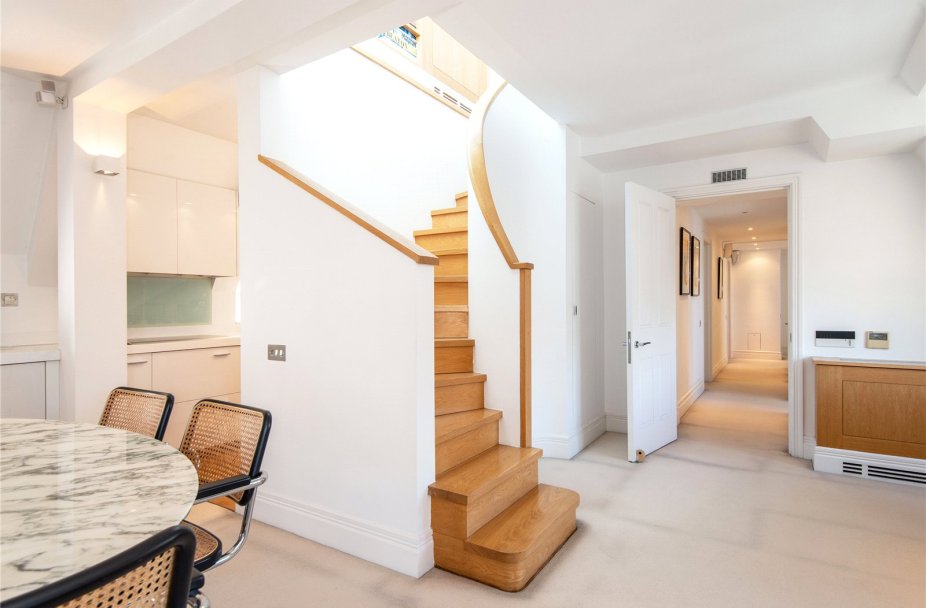 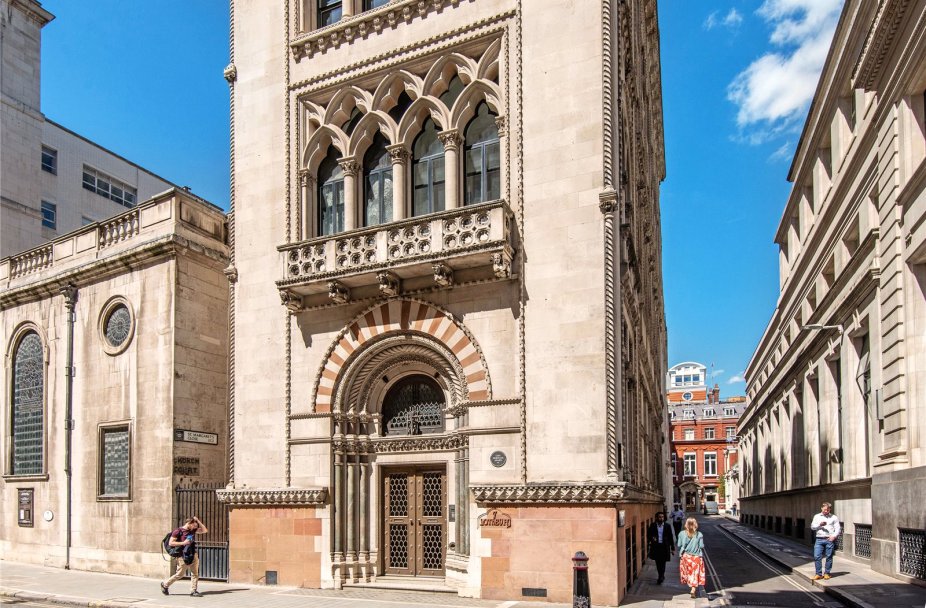 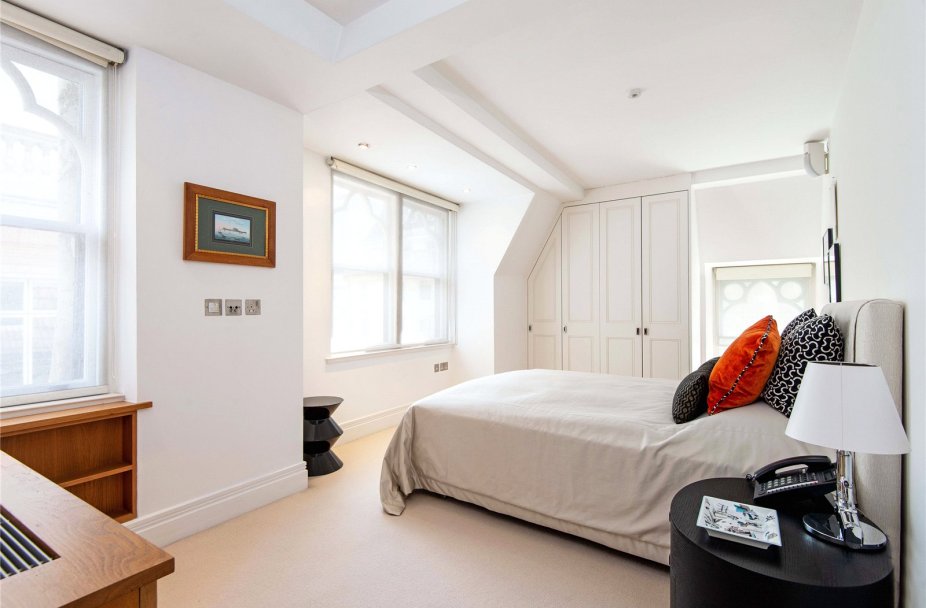 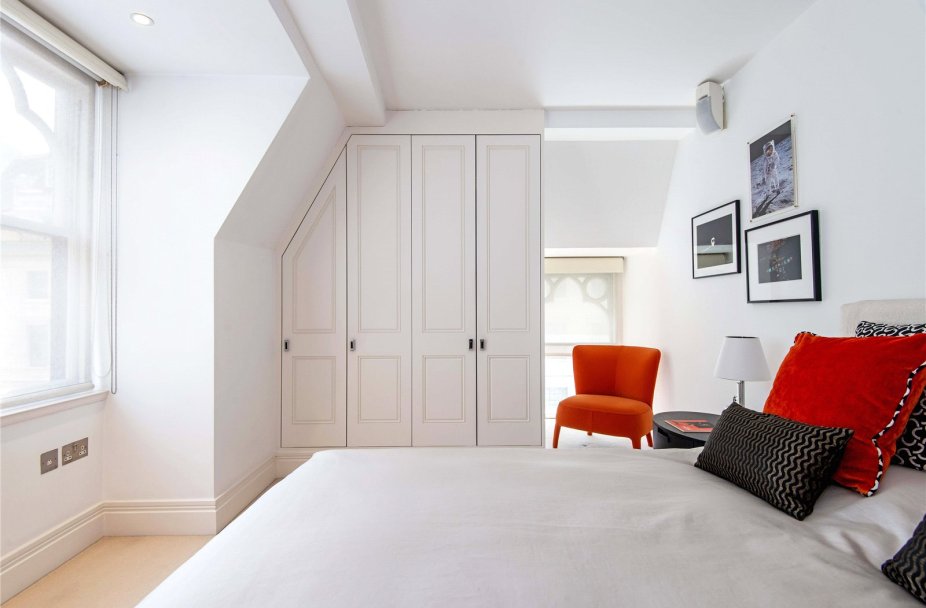 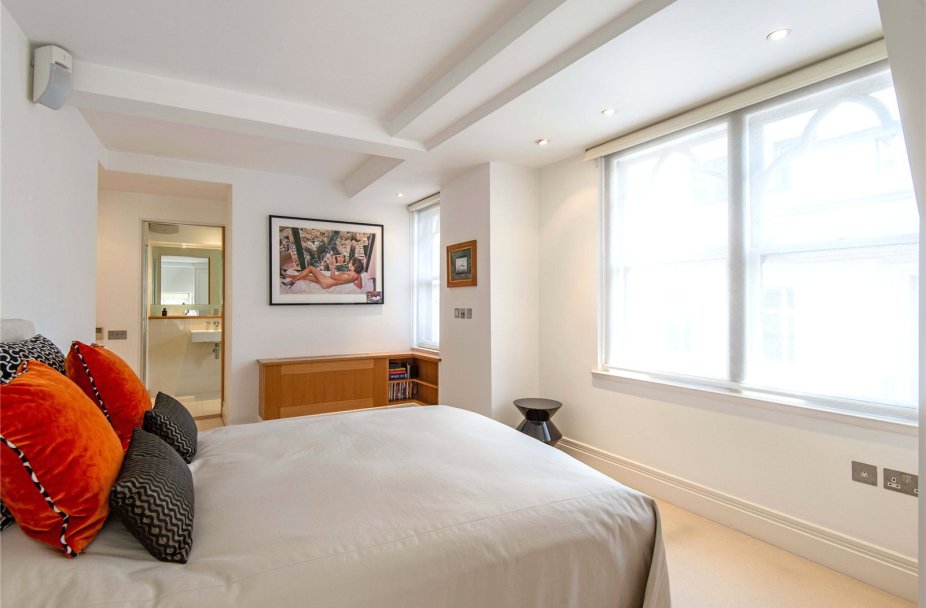 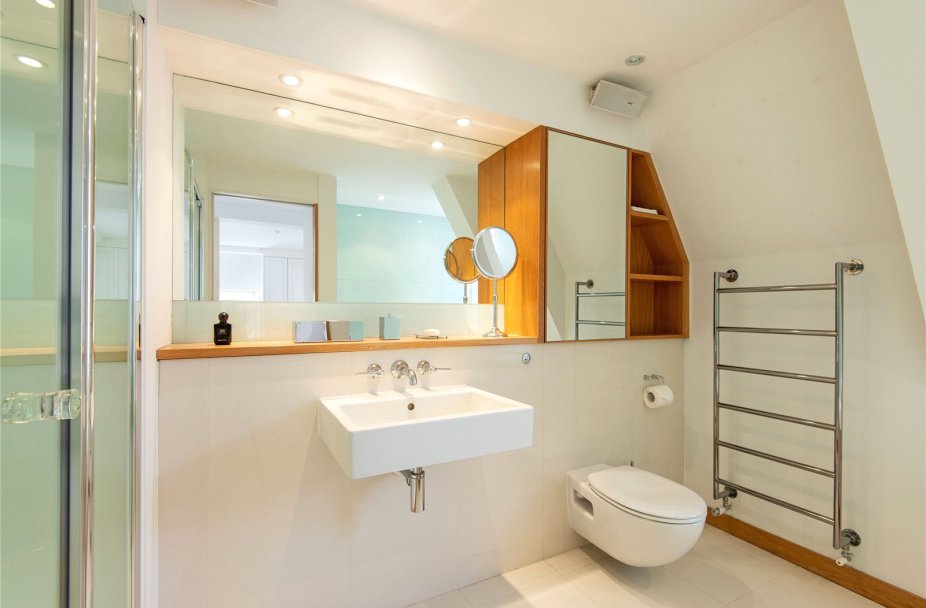 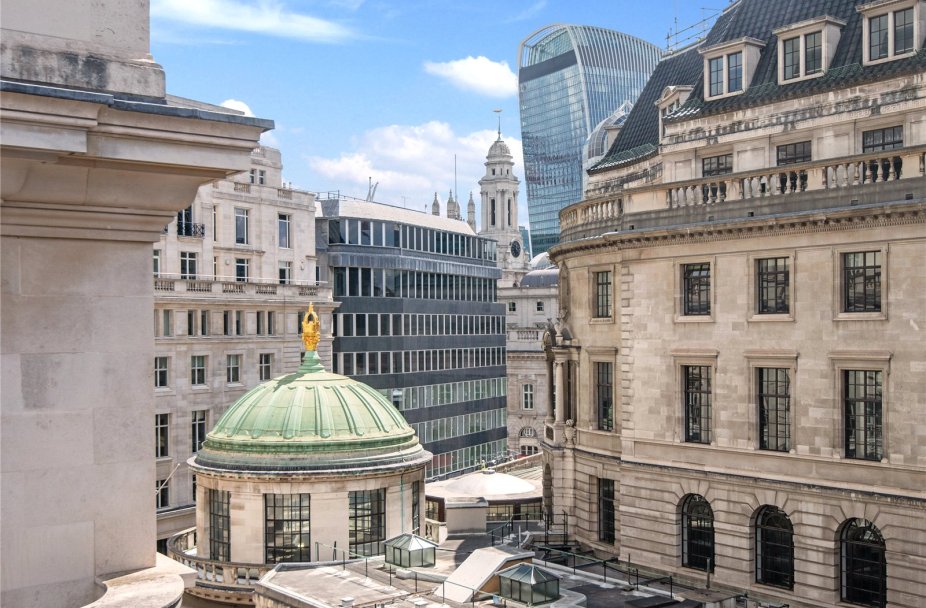 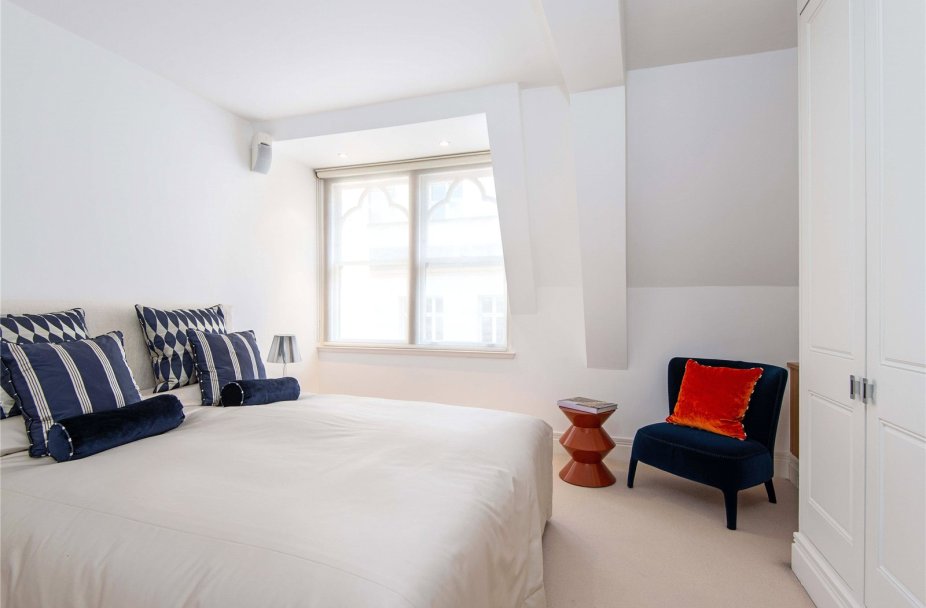 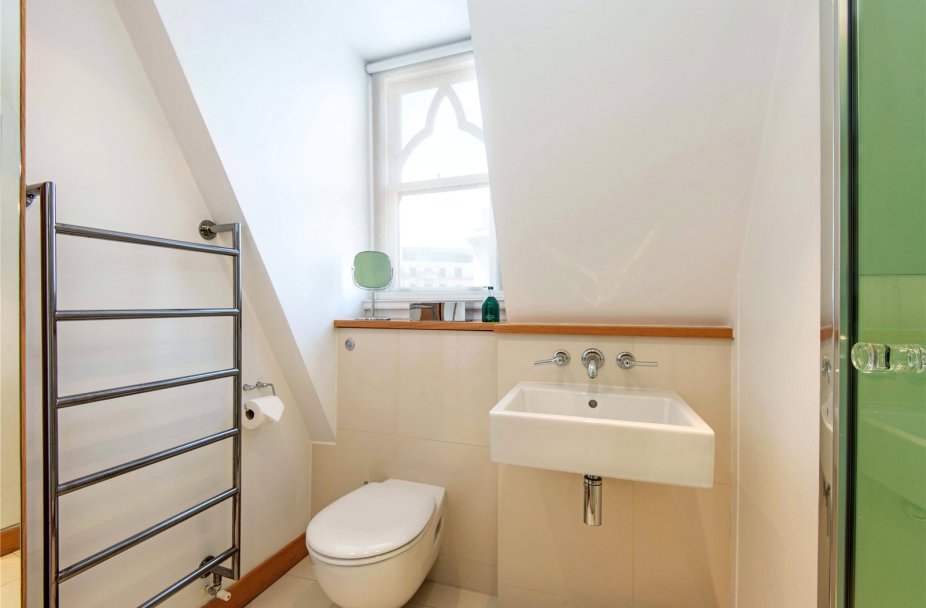 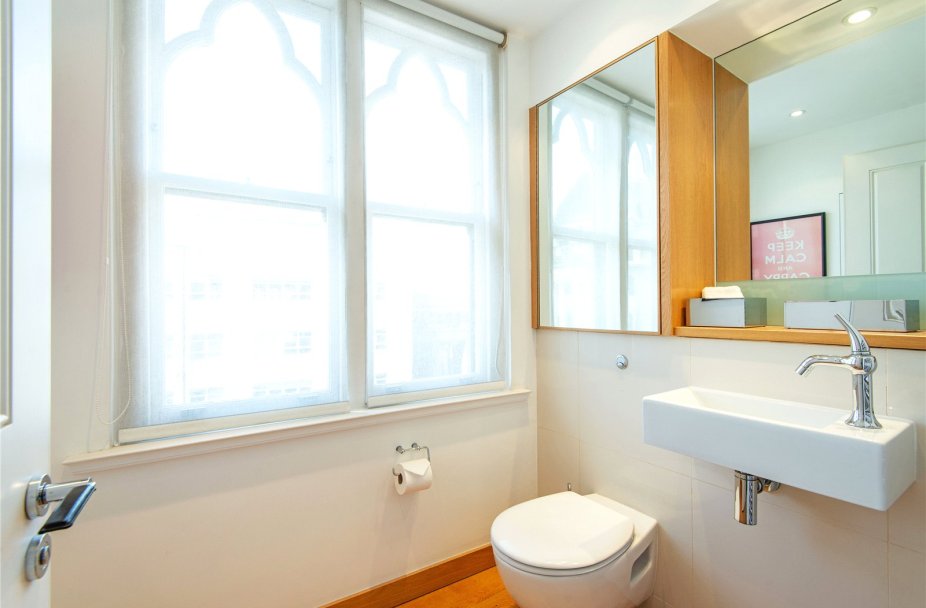 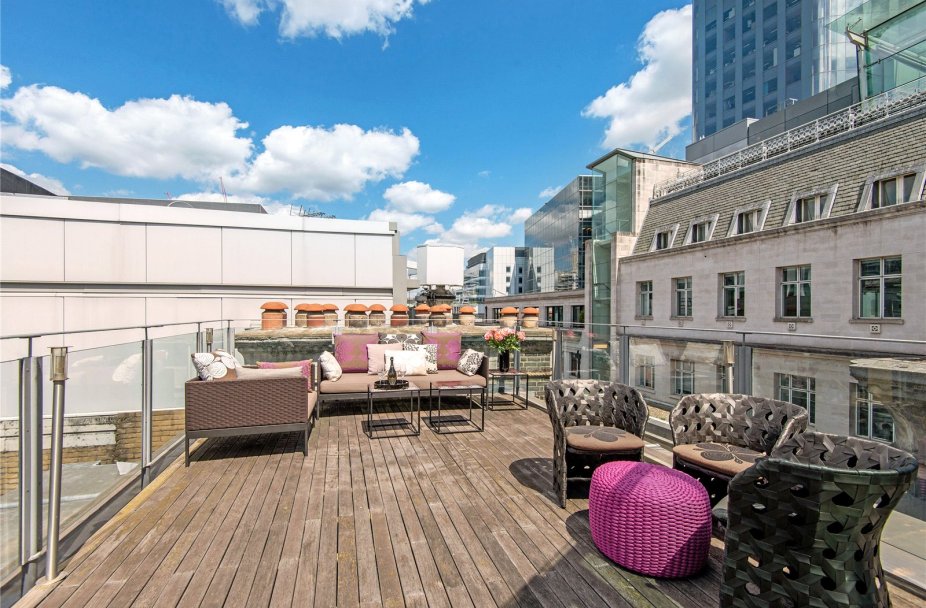 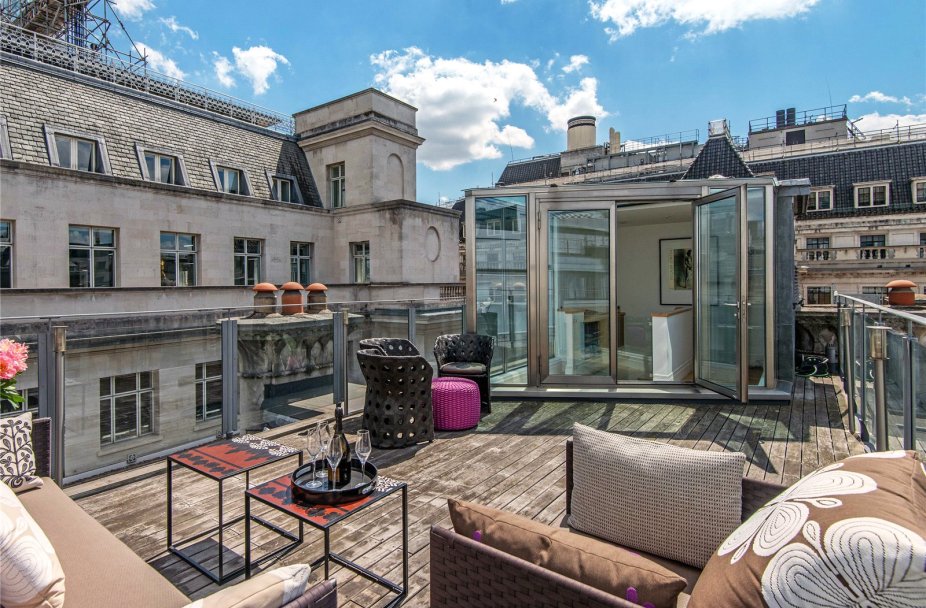 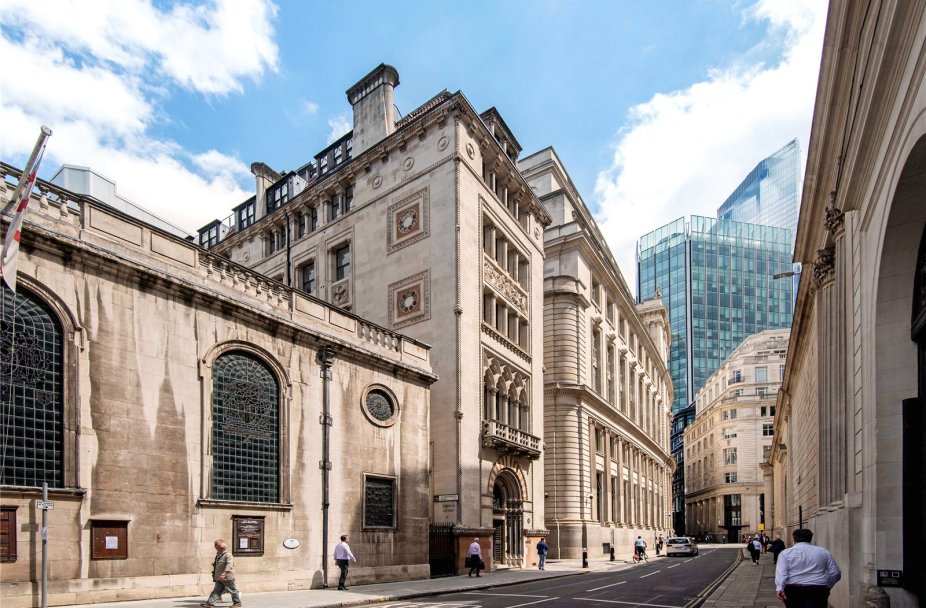 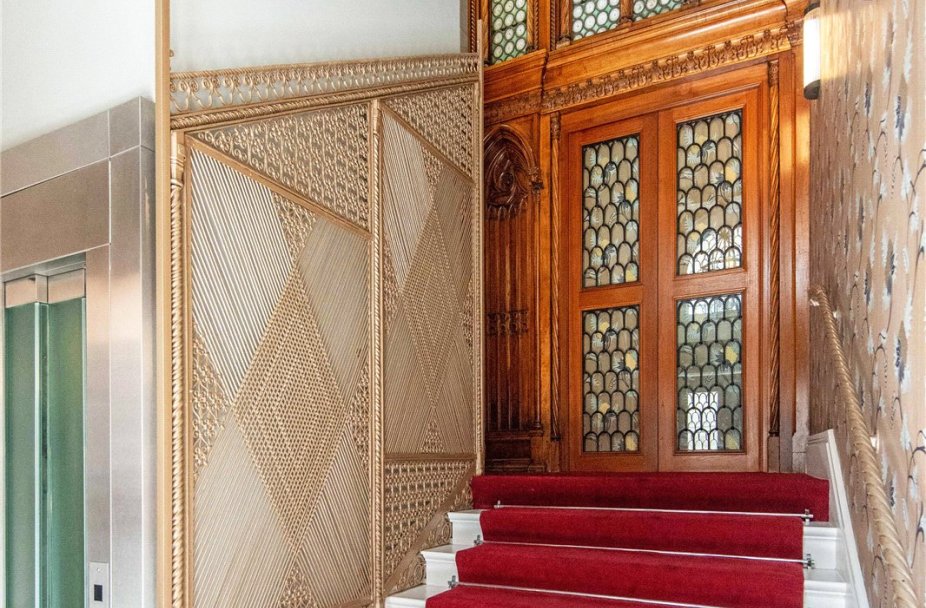 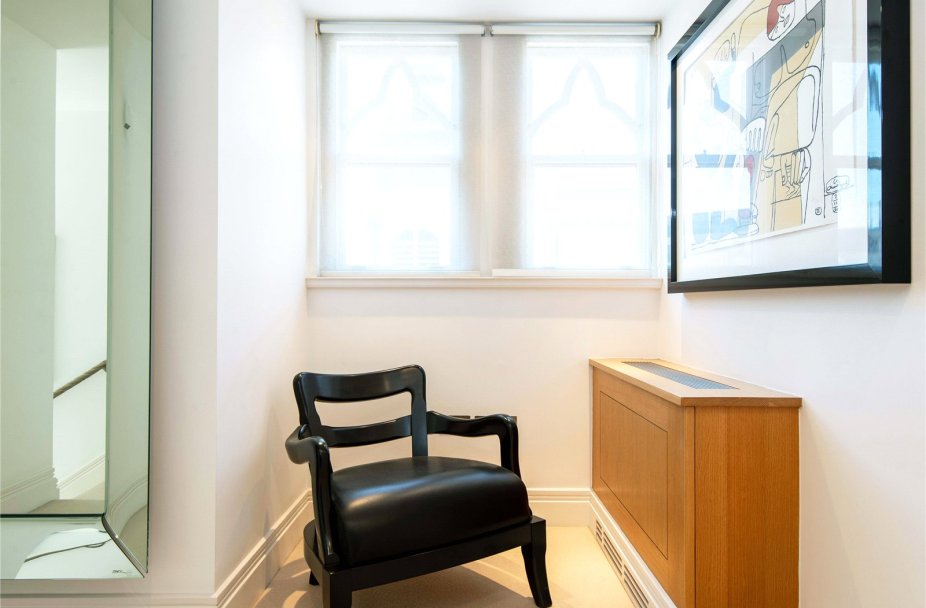 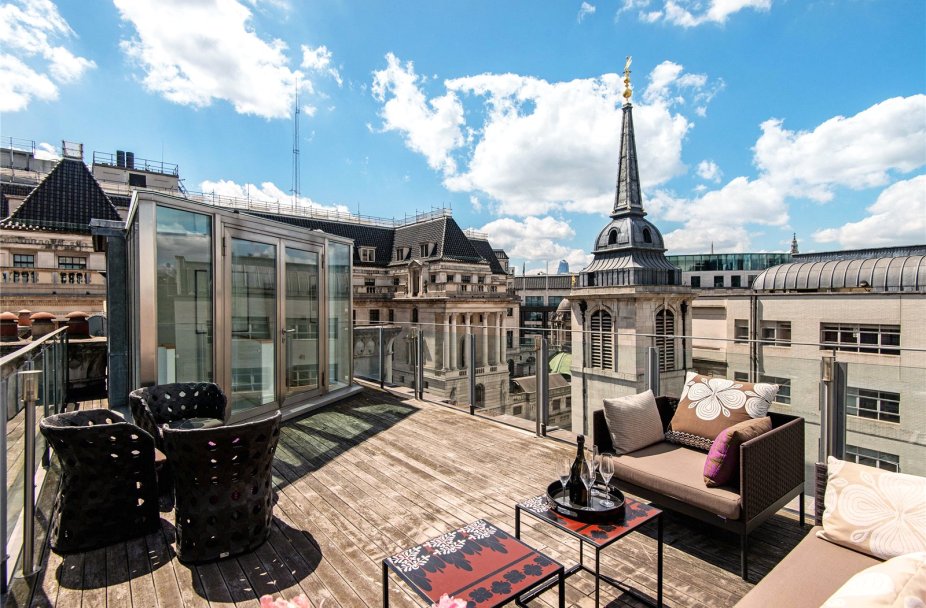 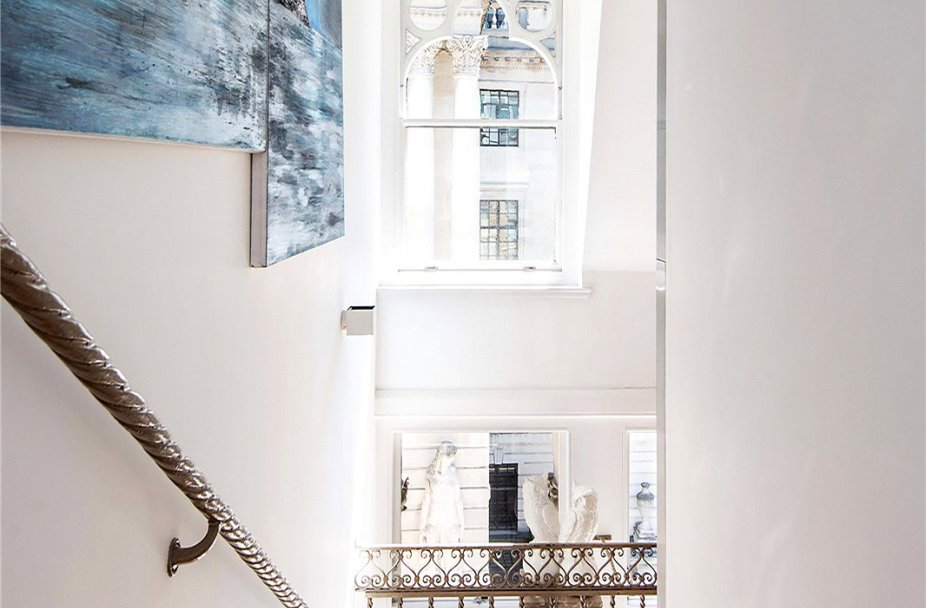 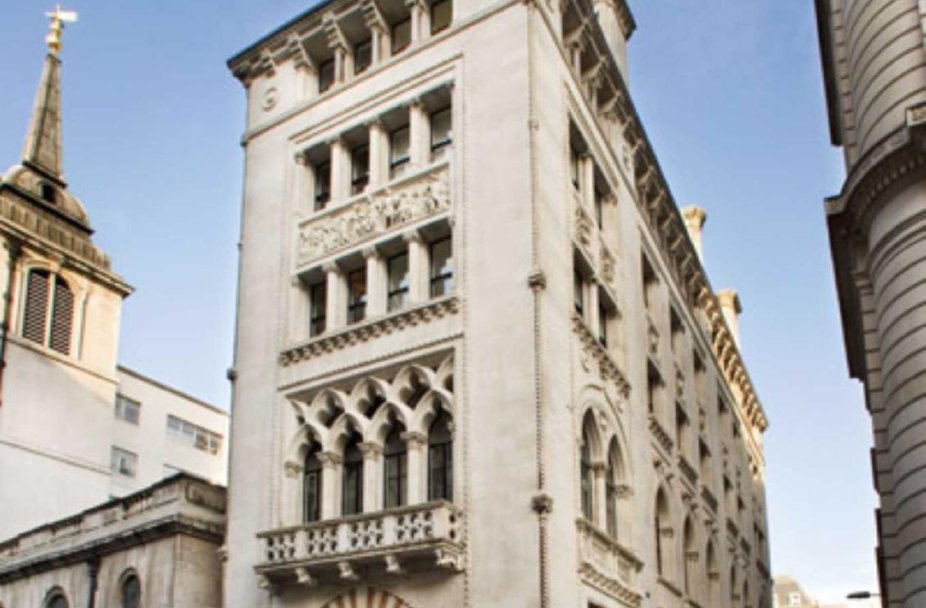 The most noteworthy City penthouse apartment with private terrace.

This delightful Grade II listed building located opposite the Bank of England in the City of London, is one of the finest examples of Venetian gothic revival.

Venetian Gothic remains one of the most noted and remarkable styles in the history of architecture, dating to the 14th Century, influenced by Byzantine, Moorish and Ottoman styles. It was perfected by the Venetians, with some of the finest examples being the Palazzo Ducale, Ca' d'Oro and the Palazzo Cavalli-Franchetti.

The building was designed by the celebrated RIBA architect George Somers Clarke in the late 1860's who also worked on the designs for the Palace of Westminster. Once completed it became the head office for the General Credit and Discount Company, later the home of brokers and merchants Speyer Brothers, The National Bank of Australia, stockbrokers Laurie Milbank & Co and a private dining club for the Overseas Bankers' Club.

Converted into luxury apartments this millennium the building was restored to its former glory, designed to complement the building's heritage and using thoughtful architecture and contemporary finishes to create the perfect space for City living.

The penthouse which is accessed directly via key operated lift is an extremely enchanting space with an abundance of light with aspects North, East, South and West and considered layout.

The accommodation comprises a captivating reception room with ten sash windows, intelligently zoned into living, dining and study areas and a recessed kitchen with AEG and Siemens appliances.

A bespoke staircase leads from the reception room to a sunroom with direct access to a wonderful roof terrace which overlooks the Bank of England and St Margaret's Church.

Lothbury is conveniently located opposite the bank of England in the heart of the City's financial district. The location is super convenient with Bank Station (Central, Northern, Waterloo and City and DLR lines) and Liverpool Street Station (Circle, Hammersmith and City, Metropolitan and Mainline access) moments away.

The city offers superb shopping facilities with One New Change located on Cheapside and boutique options at The Royal exchange where you will find luxury brands such as Hermes, Fortnum and Mason, Tiffany and Co, Watches of Switzerland and Aspinal of London.

Within proximity to London landmarks such as St Paul's Cathedral, The River Thames, The Tower of London and The Shard as well as being in the centre of the banking and legal districts of London make this a truly special apartment. 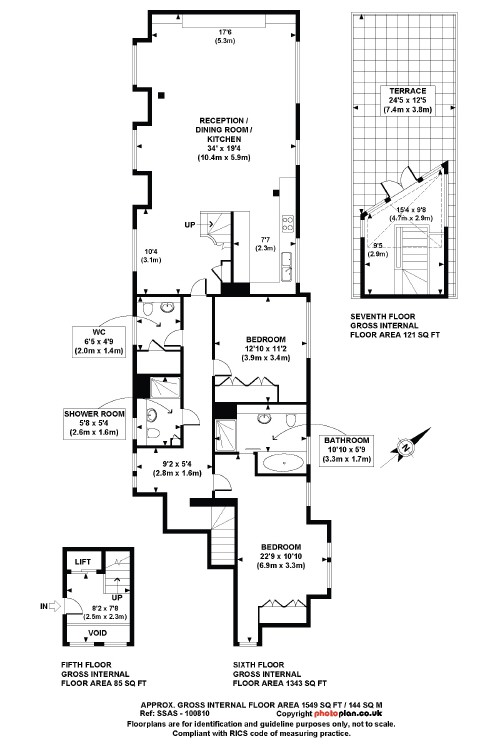 EPC charts are not currently available for this property.