One of the tourist centers of the capital of England, in which representations of art are carried out daily on the streets, impresses with its refurbished and professionally decorated buildings. 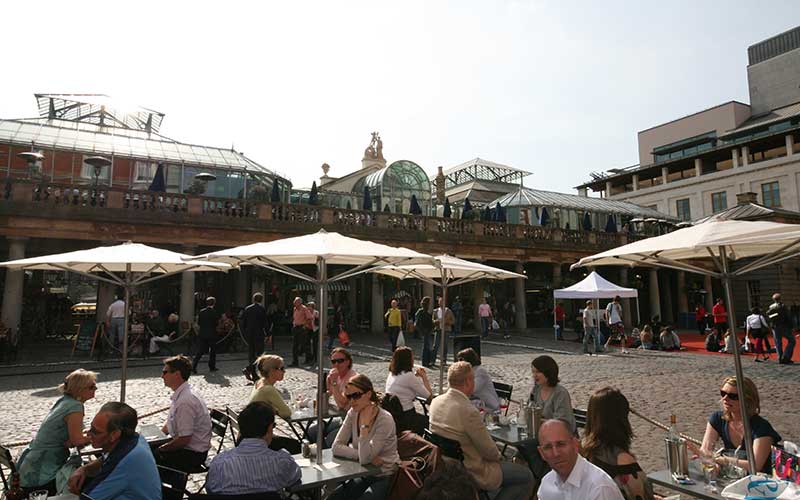 One of the tourist centers of the capital of England, in which representations of art are carried out daily on the streets, impresses with its refurbished and professionally decorated buildings. Located in the Drury Lane, West End and Charing Cross neighbourhood, the Covent Garden district is hosting historical buildings populated by museums, theatres and shopping centers, daily visited by locals and tourists. The residential area is based on a mixture of Art Nouveau, New England style buildings and stylish houses with modern and contemporary office buildings.

Covent Garden flats are spacious and sun-filled, as all buildings in this area are. Due its exceptional positioning, the district attracted the attention of real estate developers who wanted to erect here an area of offices and hotels. This would involve the demolition of many of the historic buildings, thus the public opinion stopped this action and all these buildings were restored. Therefore, the area turned into a powerful and commercial place, visited by millions of tourists yearly. Covent Garden Estate agents show the zone as one of the populated commercial and artistic areas of London, which raised the Covent Garden property value.

Covent Garden is one of the sights of London that attracts tourists like a magnet, especially on weekends and in summer. Being famous for its artistic street performers, the shops, pubs, outdoor cafes, restaurants and stalls are daily occupied at their maximum capacity. The local flower market with its panoramic glass roofs, situated near the London Transport Museum is one of the local attractions, along with Royal Opera in London and its theatres. The St. Paul Church is dominating the area with its majestic arcades, been erected in the first public square in London place. London Transport Museum is hosted in a breathtaking Victorian building, being one of the distinguished and well-kept Covent Garden properties.

Among the restaurants and bars with traditional menus as Ben's Fish & Chips, Sagar Vegetarian Restaurant, Balthazar, Sarastro Restaurant, Mudo Korea or Redvesev is also finding some really picturesque and full of historic places. 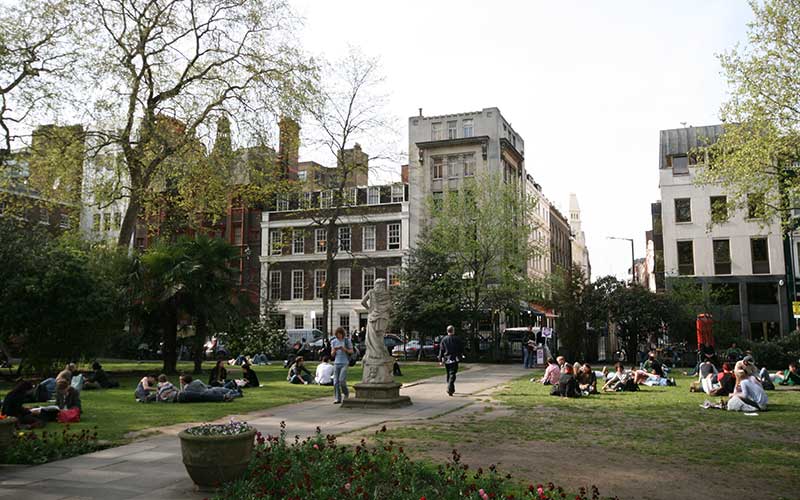 Among the restaurants and bars with traditional menus as Ben's Fish & Chips, Sagar Vegetarian Restaurant, Balthazar, Sarastro Restaurant, Mudo Korea or Redvesev is also finding some really picturesque and full of historic places. Pubs and restaurants as the Harp, the Lamb and Flag, the Salisbury or the White Swan has established their headquarters since the 1600's into well-kept and restored buildings.

Covent Garden enjoys with its populous squares, with a prestigious historical background, as it was the first public square erected in London in the 1600's. Know under its general name as the Covent Garden, the main district central area is a huge square, which developed through history into a sophisticated piazza, edged by luxurious shops and cafes, restaurants and pubs. In the Covent Garden proximity there are Trafalgar Square and Leicester Square, two of the famous London's places.

St. Clement Danes C of E Primary School, Gary O'Toole School of Music, St. Joseph's R.C Primary School, Westendstage Academy and The City Literary Institute deal with preparing young people and transform them into the society base. The solid educational background, transposed in the best conditions of the basic principles by these institution teachers, makes that, over the years the colleges and universities in the area to be populated with talented students.

Using the public transport (tube, bus or railways), the Covent Garden area is crossed by all important lines. 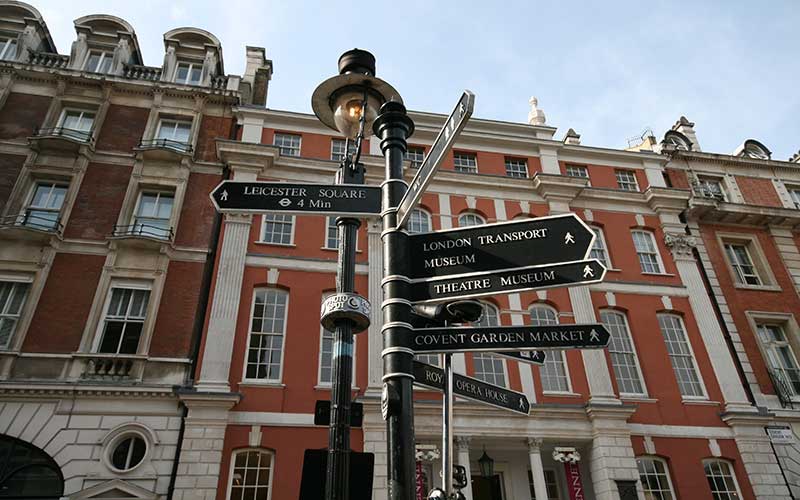 Using the public transport (tube, bus or railways), the Covent Garden area is crossed by all important lines. The Piccadilly tube line to Covent Garden, Charing Cross, Leicester Square and Holborn stations can take locals and visitors on any London's destinations. The RV1 bus line station is located in the Covent Garden square and it's available for almost 30 destinations within London.

do you own property in Covent Garden?
find out how much your property is worth